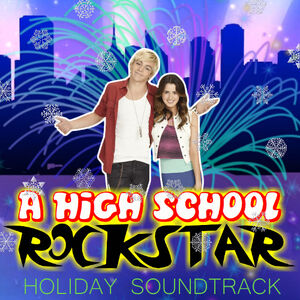 On December 20, creator of A High School Rockstar, Aaron Moon, announced the release of the Holiday Soundtrack of the series. It will be composed with songs that will be featured in the coming Christmas Episode, "Jingles & Joys" and the New Year's Episode, "Dreams & Kisses". It should be expected to be released by the end of 2012. It will be available on SoundCloud for free listening.

Songs from one of the series' lead stars, Ross Lynch, will be featured such as Christmas Is Coming and Christmas Soul. Other songs will be covered by the cast from Mariah Carey, Justin Bieber, Jay Sean, Nicki Minaj, Chris Brown, Pink, Max Schneider, Victoria Justice and Britney Spears. Nicki Minaj herself will perform a song with one of the main cast. Although Taio Cruz will guest star in an episode between the Christmas and New Year special, it would not be included on the soundtrack.