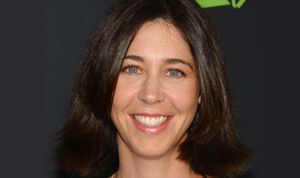 Dillman earned a degree in theater at the University of Missouri in 1988 and then headed for Chicago. While in Chicago, Dillman created several of her favorite characters in the local theater scene, including stints at the Factory Theatre and the Organic Theatre. She then moved to Los Angeles in 1998 and was featured in TV commercials prior to being cast as a regular on the variety series The Wayne Brady Show.

Other roles followed, such as the weather-casting nun, Sister Brenda Trogman, in NBC's Good Morning, Miami, a blind date for Michael Scott in the NBC's The Office episode "Chair Model" from season 4, and a recurring role on HBO's Six Feet Under. Dillman has appeared in the feature films National Lampoon's Barely Legal, Larceny, Pot of Gold, and Superbad. After the final season of the sketch comedy TV series Blue Collar TV, in which she was a regular cast member, Dillman reunited with Larry the Cable Guy in his recent film Larry the Cable Guy: Health Inspector. She also has a recurring role in the Disney XD show Kickin' It as Joan, the security guard at the strip mall. Dillman also played a role in Good Luck Charlie as Karen, Amy's boss.