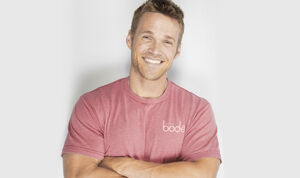 Powell was born on March 2, 1980 in Arizona. At age 14 he was the smallest kid in school. He took up weightlifting after encouragement from his parents. He attended Arizona State University in Tempe, Arizona and received a degree in Exercise Science, with concentrations in biomechanics and physiology. He has a Certified Strength and Conditioning Specialist (CSCS) certification.

Powell is the host and a personal trainer on Extreme Weight Loss, a U.S. reality television series. He has been on the show since 2011. Powell has also appeared in Extreme Weight Loss DVDs and is the author of two books: Choose to Lose: The 7-Day Carb Cycle Solution and Chris Powell's Choose More Lose More for Life. He has appeared on the Oprah Winfrey Show, 20/20, The View, and in a one-hour documentary that aired on TLC.