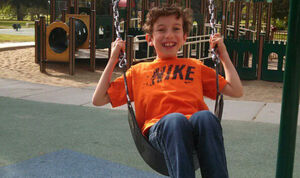 Cole Jackson Sand is an american child actor and musician. He portrays Nelson on Disney Channel's "Austin & Ally" and Jensen on NBC's "Parenthood".

Besides appearing in many television shows, Cole has starred in movies ("The Measure of a Man," 2011, an Danny), shorts ("Decent People," 2008; "Able," 2009), and commercials, for brands such as Target and Gamestop. He also knows how to play the piano.