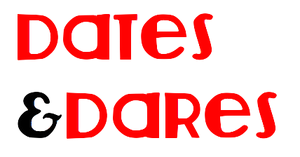 Dates & Dares is the second episode of A High School Rockstar. It was released to Youtube on March 25, 2012. This is part of the Premiere Weekend.

After asking Ally out, Austin takes Ally for their first date. Trish gives them a gift certificate to Red Lovester, where Trish worked but got fired for taking the gift certificate. Ally leaves Trish & Dez in charge. But after Trish & Dez plays a game of truth or dare, the store ends up in a mess.

Trish gets a job at the Red Lovester and gives Austin a dinner for two gift certificate. Austin uses it to ask Ally out on their very first date. Ally excitingly says yes but has to look for someone to look after the store. Trish & Dez volunteers to take care of the store but Ally is hesitating to leave them in charge saying that the last time they took care of the store, it ended in disaster. Ally finally agrees to let them take care of the store and heads to her house with Trish to prepare for their date that same night.

Austin & Dez prepares for the date. Meanwhile, Trish sees that Ally's dress are all outdated and asks Ally to go to the mall to get a new dress. She was fired at Red Lovester for giving away the gift certificate which wasn't free for employees. The gift certificate is now invalid. She got a new job at Dress Hut and tells Ally that she has a gift card as well. They head to Dress Hut to buy Ally a dress but finds out that the gift card is empty.

After long hours of preparing, Ally heads down to the store. She leaves Dez with a fire extinguisher in case something happens. Austin & Ally heads to Red Lovester. During their date, Austin just finds out that the gift certificate they had is invalid but luckily has some cash. After eating dinner and talking with Ally, they finish their date with their first kiss but was interrupted (No first kiss yet).

Meanwhile, Trish and Dez plays Truth or Dare at the store. Trish tricks Dez into cleaning up the store by himself. After being used, Dez intends to get revenge so he dared Trish to reach the guitar on the top shelf which she couldn't reach. As she attempted to, she falls back and knocks over instruments. Ally goes back to the store finding it in a mess. She tells them to clean up and from then on doesn't leave them in charge.

Retrieved from "https://ahighschoolrockstar.fandom.com/wiki/Dates_%26_Dares?oldid=6884"
Community content is available under CC-BY-SA unless otherwise noted.