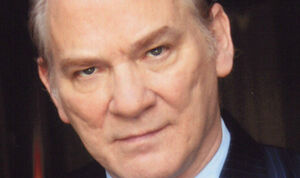 Don Creech is an American actor who has appeared in many television shows. He is mainly known for playing Mr. Sweeney, the "evil" science teacher in Ned's Declassified School Survival Guide and the snake oil merchant Nigel West Dickens on Red Dead Redemption. He portrays Ms. Stein.

Creech was the keeper of the Muppets for the Jim Henson company from 1980 to 2002, when the New York workshop was closed down. During his tenure, he took care of the thousands of Muppets created over the years.