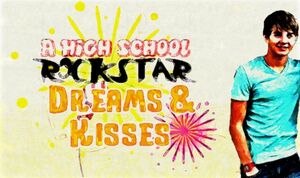 Dreams & Kisses is an episode in Season 2 of A High School Rockstar. It was scheduled to air on December 31, 2012, but it was moved to January 6, 2013 due to technical issues.

Austin finally get's his dreams fulfilled, which is to perform on Times Square on New Years' Eve, when Team Austin visits New York. During the countdown, Austin finally decides on how he will start this New Year with Ally.

Retrieved from "https://ahighschoolrockstar.fandom.com/wiki/Dreams_%26_Kisses?oldid=9647"
Community content is available under CC-BY-SA unless otherwise noted.