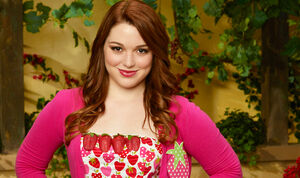 Harper Finkle is Alex best friend. She is one of the three mortals that knows that wizards exist. She previously had an obvious crush on Justin.

Harper is regarded as a obedient, punctual, smart, correct and high-grades student, contrary to her best friend. She always tells her what's right and what's wrong, sometimes considered her Conscience. She gets very nervous when in trouble or in fear, often panicking or yelling away screaming. Also, her famous line is, "See you in PE!" After finding out about Russo's magical abilities, she would see magic and wizardry with suspicion.