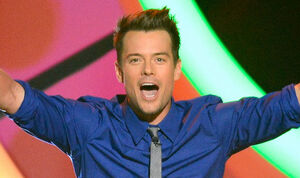 Hunter Helm is Zac's Uncle. He is portrayed by Josh Duhamel.

Hunter is Zac's uncle who works at Pete's Flight School. He is described by Zac to be the best teacher. Hunter asks lots of questions which he usually knows the answers to. He can be cocky or humble, depending on his mood. He is also a literal person and takes things too serious. He is very similar to his nephew, although he argues that half of his personality is just like his nephews'.

Hunter is very confident, especially when flying his plane. He tries to be calm at all times to keep his passengers calm as well. He likes to use humour, as seen at "Puzzles & Planes" when he says that Tyler would like the ride, even though it was going to be bumpy and frightening for Tyler. He is a very experienced Pilot, being able to land the small plane safely even with the strong windstorm that they encountered.

Hunter does act like a big brother, even to other people like Zac's friends. He offers Austin and Tyler a ride to the mall. Despite his arrogance and serious personality, he can be sweet and caring most of the time. He calls Zac like his brother while Zac does the same, even though Zac is only his nephew. He seems to have a good relationship with Zac considering they think of themselves as brothers.

Retrieved from "https://ahighschoolrockstar.fandom.com/wiki/Hunter_Helm?oldid=9670"
Community content is available under CC-BY-SA unless otherwise noted.