Start a Wiki
I'm a Star 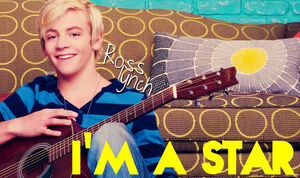 I'm A Star is a song written by Ally Dawson and performed by Austin Moon. Ally wrote this song for the School's Talent Show Theme Song. It is performed in the episode "Tours & Talents"

This song was written by Ally for Austin to perform on the school's talent show. It was revealed that Austin wasn't joining the talent show but performed the song as a theme song for the show. Austin describes it as "Awesome".

Retrieved from "https://ahighschoolrockstar.fandom.com/wiki/I%27m_a_Star?oldid=8606"
Community content is available under CC-BY-SA unless otherwise noted.