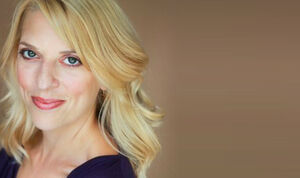 Jill Benjamin is an american actress. She portrays the character of Mimi Moon.

Chicago native Jill Benjamin began her comedy career as founder of the improv group Full Frontal Comedy at Indiana University. She then moved to Amsterdam, Holland, where she was a member of the famed improv/sketch comedy theater Boom Chicago. There she met Seth Meyers (SNL) and created their two-person show PICK-UPS & HICCUPS, which played all over the world, including the West End in London, the Edinburgh Fringe Festival, and the Singapore Comedy Festival. Benjamin also wrote and starred in her one-woman show PLAYING DUMB WITH JILL BENJAMIN at The Apollo Theater, which received "Critic’s Choice" by the Chicago Reader. Benjamin performed regularly at Chicago's Improv Olympic and The Second City.

Benjamin currently resides in Los Angeles and has produced and starred in multiple shows including WIZARD FINGER (a variety show with comedic monologues, live music, and dance) and her one-woman show JILL BENJAMIN'S STUCK IN THE 80's at the Upright Citizens Brigade Theater.

In June 2010, Benjamin married comedian John Henson (Wipeout/Talk Soup) in Malibu. The funny couple can be seen on the Disney Channel playing Austin's parents Mike and Mimi Moon in "Austin & Ally." You can also see them performing stand-up and improv in comedy clubs around LA. Their favorite person to make laugh is their handsome baby boy, who was born in March 2011.

Retrieved from "https://ahighschoolrockstar.fandom.com/wiki/Jill_Benjamin?oldid=6705"
Community content is available under CC-BY-SA unless otherwise noted.