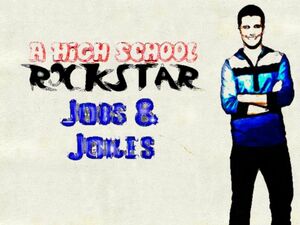 Austin and the others applies for jobs at the mall to help Trish realize that it's time to get a job that she's going to keep for a long time. Trish, on the other hand, can't figure out which job she's very interested in working at. Meanwhile, Zac jokes around and tells Lexi a lie that she takes seriously and everything goes awry when Zac's joke causes Austin and the group to get fired from their jobs at the mall.

Retrieved from "https://ahighschoolrockstar.fandom.com/wiki/Jobs_%26_Jokes?oldid=7981"
Community content is available under CC-BY-SA unless otherwise noted.