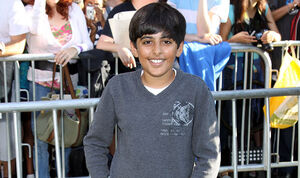 Karan Brar was born on January 18, 1999, in Redmond, Washington, to parents Jasbinder and Harinder Brar, who are of Indian ancestry. He was raised in Bothell, Washington, and has one older sibling, a sister named Sabreena. Brar attended Cedar Wood Elementary School and studied acting at John Robert Powers and Patti Kalles workshops.

Brar began his acting career at the age of 10, starring as Indian middle schooler Chirag Gupta in the comedy feature film Diary of a Wimpy Kid. Born and raised in the United States, Brar naturally speaks with an American accent and worked with a dialect coach to perfect his Indian accent for the role. In April 2010, he appeared in the Seeds of Compassion advertorial campaign announcing the Dalai Lama's visit to Seattle, as well as appearing in commercials for Shell Gasoline and Committee for Children.

In March 2011, Brar reprised his role as Chirag Gupta in the feature film sequel Diary of a Wimpy Kid: Rodrick Rules. In October 2011, it was confirmed that he would also be reprising his role as Chirag for the third installment of the Wimpy Kid franchise, Diary of a Wimpy Kid: Dog Days, released on August 3, 2012. In September 2011, Brar landed the role of 10-year-old Indian adoptee Ravi Ross on the Disney Channel comedy series Jessie. During pre-production of the show, the role of Ravi was originally intended to be a Hispanic boy named Javier from South America, but casting directors were impressed with Brar during the audition process and ultimately decided to recreate the role for him.

Retrieved from "https://ahighschoolrockstar.fandom.com/wiki/Karan_Brar?oldid=8663"
Community content is available under CC-BY-SA unless otherwise noted.