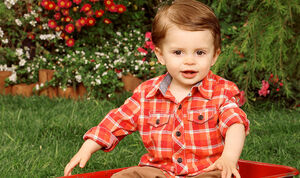 Logan Moreau is an american cute actor best known for his role in Good Luck Charlie as Toby Duncan. He portrays

= "Good Luck Charlie" is Logan's first acting job. He enjoys playing with cars and trucks, loves wrestling with his dad and visiting the aquarium to look at sea creatures. His favorite food is avocados and sweets of course!. Moreau was born January 27, 2012 in Los Angeles, California, where he currently resides with his parents and two beloved kittens. One of his first words was "kitty." Aside from Good Luck Charlie, Logan has also guest starred in the TV series, Bones. =