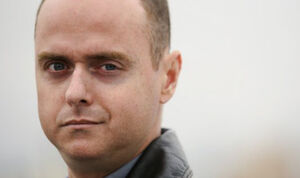 Mark Teich is an american actor and comedian. He portrays Mr. Garner.

Mark Teich (pronounced: "tyke") is one of Hollywood's most versatile character actors. He always takes it a bit too far. His comedy, songs and style tend to be too truthful; it hurts, and people love him for it. In November 2009 Teich performed his comedy to a sold out crowd at the esteemed Carnegie Hall in New York City.

Recently Teich has been seen opposite Tony Shaloub in "Monk", Disney XD's "Zeke and Luther" as well as the ABC/Touchstone Pilot, "Girls on the Bus". In 2008 "Leatherheads" premiered worldwide. Produced, Written and Directed by George Clooney. The film stars George Clooney, Renee Zellweger, John Krasinski and, of course, Mark Teich.