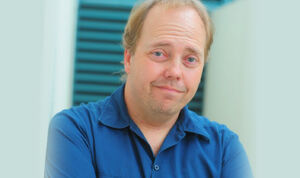 Michael McCafferty is an actor.

Michael McCafferty was born as Michael Ryan McCaffrey. He is an actor and writer, known for Idiocracy (2006), Changeling (2008) and The 7/8ths Project (2009). He lives in Los Angeles, California. McCafferty has guest starred in many TV series such as Austin & Ally, Community, Days Of Our Lives and many more. He has also written and produced many TV shorts.

Retrieved from "https://ahighschoolrockstar.fandom.com/wiki/Michael_McCafferty?oldid=9309"
Community content is available under CC-BY-SA unless otherwise noted.