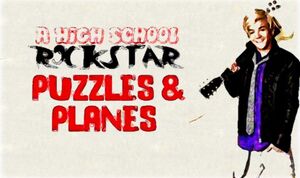 Puzzles & Planes is the twenty-second episode in Season 2 of A High School Rockstar. It aired on April 27, 2013.

Not knowing about Tyler’s phobia of heights, Austin signs the both of them up to learn to fly a small plane. Meanwhile, Ally, Trish, Dez, Lexi and Aaron tries to put together a giant puzzle to be showcased at the Mall, but when a wind storm hits Miami, the pieces gets scattered around the mall.

Retrieved from "https://ahighschoolrockstar.fandom.com/wiki/Puzzles_%26_Planes?oldid=9653"
Community content is available under CC-BY-SA unless otherwise noted.