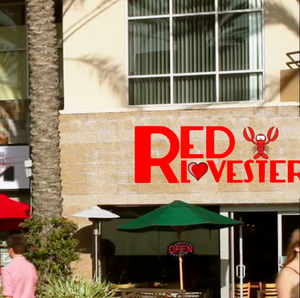 Red Lovester is a restaurant in the Mall of Miami. It is where Trish used to work but got fired.

Red Lovester is a restaurant in the Mall of Miami. It sells seafood including lobsters. It is a restaurant designated for couples, although they have a children's corner where Parents could leave their children while they go on a dinner. The Children's corner also serve food. This restaurant is where Austin & Ally had their first date. Trish is also a former employee in this restaurant. Red Lovester is a parody of Red Lobster, an American casual dining restaurant chain headquartered in Orlando, Florida. As with Red Lobster, Red Lovester has 698 branches. These branches are unknown in the series but serves Canada, Japan, the U.S. and United Arab Emirates.

It is unknown if it would still be featured in any other episodes.