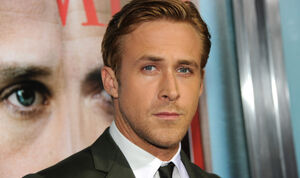 Ryan Gosling is a Canadian actor, director, writer and musician. He began his career as a child star on the Disney Channel's Mickey Mouse Club (1993–95) and went on to appear in other family entertainment programs including Are You Afraid of the Dark? (1995), Goosebumps (1996), Breaker High (1997–98) and Young Hercules (1998–99). His first serious role was as a Jewish neo-Nazi in The Believer (2001), and he then built a reputation for playing misfits in independent films such as Murder by Numbers (2002), The Slaughter Rule (2002), and The United States of Leland (2003).

Ryan Thomas Gosling was born in London, Ontario. He is the son of Thomas Ray Gosling, a traveling salesman for a paper mill, and Donna, a secretary who qualified as a high school teacher in 2011. His father is of part French-Canadian descent. Gosling's parents were Mormons, and Gosling has said that the religion influenced every aspect of their lives. Because of his father's work, they "moved around a lot" and Gosling lived in both Cornwall, Ontario, and Burlington, Ontario. His parents divorced when he was a child, and he and his older sister Mandi lived with their mother, an experience Gosling has credited with programming him "to think like a girl".

Gosling was educated at Gladstone Public School, Cornwall Collegiate and Vocational School and Lester B. Pearson High School. As a child, he watched Dick Tracy and was inspired to become an actor. He "hated" being a child, was bullied in elementary school and had no friends until he was "14 or 15". In the first grade, having been heavily influenced by the film First Blood, he took steak knives to school and threw them at other children during recess. This incident led to a suspension. He was unable to read and was diagnosed with attention deficit hyperactivity disorder (ADHD), prescribed Ritalin, and placed in a class for special-needs students. Consequently, his mother quit her job and homeschooled him for a year. Gosling has said that homeschooling gave him "a sense of autonomy that I've never really lost". Gosling performed from an early age. He and his sister sang together at weddings; he performed with Elvis Perry, his uncle's Elvis Presley tribute act, and was involved with a local ballet company. Performing boosted his self-confidence as it was the only thing he received praise for. He developed an idiosyncratic accent because, as a child, he thought having a Canadian accent didn't sound "tough". He began to model his accent on that of Marlon Brando. He dropped out of high school at the age of seventeen to focus on his acting career.

Gosling came to the attention of a wider audience in 2004 with a leading role in the romantic drama The Notebook, for which he won four Teen Choice Awards and an MTV Movie Award. His performance as a drug-addicted teacher in Half Nelson (2006) was nominated for an Academy Award and his performance as a socially inept loner in Lars and the Real Girl (2007) was nominated for a Golden Globe Award. Also in 2007, he starred in the courtroom thriller Fracture. After a three-year acting hiatus, Gosling starred in Blue Valentine, earning him a second Golden Globe nomination. 2011 proved to be a landmark year for the actor as he appeared in three mainstream films – the romantic comedy Crazy, Stupid, Love, the political drama The Ides of March and the thriller Drive – and received two Golden Globe nominations. In 2013, he starred in the period crime feature Gangster Squad, the generational drama The Place Beyond the Pines, and the violent revenge film Only God Forgives.

Gosling's band, Dead Man's Bones, released their self-titled debut album and toured North America in 2009. He is a co-owner of Tagine, a Moroccan restaurant in Beverly Hills, California. He is a supporter of PETA, Invisible Children and the Enough Project and has travelled to Chad, Uganda and eastern Congo to raise awareness about conflicts in the regions.

Retrieved from "https://ahighschoolrockstar.fandom.com/wiki/Ryan_Gosling?oldid=9340"
Community content is available under CC-BY-SA unless otherwise noted.