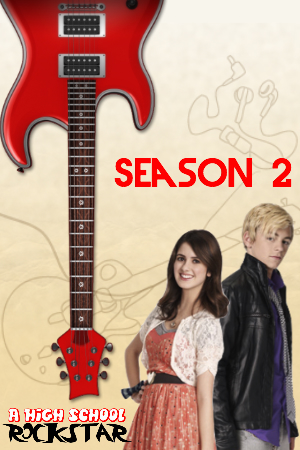 Austin continues to strive to reach his dreams, and in the same way help his friends find their own dreams. Ally continues to write songs for Austin. Dez enters the filmaking industry. Trish and Lexi rises to fame as they show their talent to the world, and Aaron, well he is still a loyal friend. With the help of their new friend, Tyler, the process of following their dreams is speeding.

The main cast for Season 2 is Ross Lynch, Laura Marano, Raini Rodriguez, Calum Worthy, Stefanie Scott and Spencer Boldman. A new rising star will be expected to join the cast. Jack Griffo will also be part of the main cast. From a minor to a main character, Jack's character will be more developed.

Recurring cast will be Garrett Backstrom, Andy Milder, Noah Centineo, Anna Maria Perez De Tagle, Zoey Deutch, Samantha Boscarino and Robbie Amell. Cole Sand might not be part of the cast or appear in any of the Season 2 episodes. There has also been unconfirmed talks about new recurring characters. Guest characters are also Mike Moon, Mimi Moon and Penny Dawson.

On July 10, 2012, writer Aaron Moon has announced the release of a video announcement to confirm the Season 2 Main and Recurring Cast. It would be released in August. Jean-Luc Bilodeau also joins the recurring cast portraying, Brian Efron.

On September 16, the cast list for the second episode of season 2 was released. Josh Lucas and Gina Philips guest stars as the parents of Samantha Bennett. Bradley Steven Perry also guest stars as Jake Bennett, Sam's brother. Perry would appear in future episodes of Season 2. Sofia Vergara stars as the mean CEO of Miami's most intriguing teen magazine.

Aaron Moon will be back to write 26 episodes for Season 2. Chris Hart will co-write 2 episodes, while Alexis Carter will co-write 4 episodes. Daniel Arch will write one whole episode and will co-write seven episodes.

It was announced that Sam Concepcion won the voting and appeared on the episode as Brent Rodriguez. He will be appearing on more episodes to come, but is not included in the Recurring or Minor cast list. Sam will be departing after Season 2 and will not be appearing in any Season 3 episodes, as of now. He might return as a guest star. Rumors are that he will be part of a new series being produced by Aaron Moon, and is now in production.

Here are the music that was performed on the series.

On December 20, creator of A High School Rockstar, Aaron Moon, announced the release of the Holiday Soundtrack of the series. It will be composed with songs that will be featured in the coming Christmas Episode, "Jingles & Joys" and the New Year's Episode, "Dreams & Kisses". It should be expected to be released by the end of 2012. It will be available on SoundCloud for free listening on the end of March 2013.

These cast members will only appear in a few episodes of Season 2.

These are confirmed episodes or those that have aired.

Retrieved from "https://ahighschoolrockstar.fandom.com/wiki/Season_2?oldid=9401"
Community content is available under CC-BY-SA unless otherwise noted.