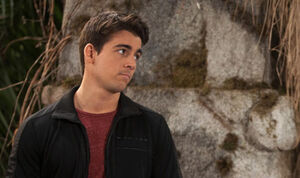 Steven Iceberg is a character featured in Season 3 of A High School Rockstar. He is portrayed by John DeLuca.

Steven Iceberg is a famous director who directed movies like the Zaliens Series. He is very proud of his accomplishments and sometimes goes over the top by mentioning movies that he did not direct like the Titanic. He tells people that he was named after the iceberg that sank Titanic. Steven has a very wild imagination especially when it comes to directing his movies.

He does not think of the consequences of his actions, as long as it looks good in his movie. He mentions that he likes reading people’s biography. He has the characteristic of a good leader and handles situations really well.