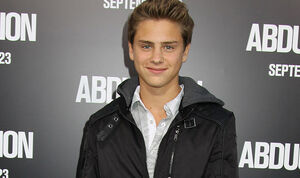 Zac Helm is a student in Miami Senior High School. He is popular for hosting parties and also famous for having his party crashed all the time. He is portrayed by Garrett Backstrom.

Zac is a cool and fun guy everyone in school wants to hang out with. He is weird and always throwing parties. He is popular for hosting every party. Although he's just 15, he hangs out with the seniors. But as the season goes to an end, we starts to see his other side, having a sensitive and sweet side. He starts to hang out with Austin and the rest of the group. He is a close friend of Tyler Fox. He is a recurring character for both Season 1 and 2.

Zac considers himself the coolest guy in their clique, but the others consider him to be just making it up. He always hits on girls that he become interested in, except for the ones in his clique. He is similar to his cousin, Brian Efron. He has a good relationship with his Uncle, since he calls him as his brother. He may also call him brother because he thinks of him as cool. Zac can sometimes be reckless, and gets distracted. He is also not good with babysitting, especially his younger brother Heath.

Retrieved from "https://ahighschoolrockstar.fandom.com/wiki/Zac_Helm?oldid=9667"
Community content is available under CC-BY-SA unless otherwise noted.